If your New Year’s day dawned among the champagne corks, streamers and overflowing ashtrays of the previous night’s celebrations, you will already know that resolutions from the night before can quickly be put into the “too hard” basket.

Quitting addictive behavior patterns can be frustrating and it may sometimes seem easier to give in to the cravings than to continue to fight them.

For this reason, many people turn to herbal medicine to help them get through the withdrawal symptoms of going cold turkey.

If you are heading on the path to a smoke-free life, the leader of the pack – no pun intended – in alleviating nicotine cravings is skullcap. This herb has the ability to bind to dopamine receptors and trigger a response which alleviates stress, nervous tension and depression.

Skullcap is native to North America and has been used as a mild relaxant and as an effective treatment in addiction due to its calming effect on the nervous system. It was also at one time considered to be a remedy for rabies hence its common name “mad dog weed”.

Nicotine withdrawal can also induce headaches, muscular aches and pains and an overwhelming sense of depression. A close cousin to the opium poppy, Calfornian poppy is traditionally used as an analgesic and sedative in withdrawal either from smoking, drugs or alcohol.

Until recently, little was known about Californian poppy’s effect on the nervous system but it appears that it has a positive pharmacological effect on the brain’s opiate receptors which helps to alleviate the physical effects usually associated with dependency.

Aside from the mental effects of quitting smoking, physical symptoms such as a mucous buildup in the lungs and irritating coughs may also be experienced as the lungs try to heal themselves.

Elecampane is a British herb classified as an expectorant which helps the lungs get rid of excess mucous. Its latin name, Inula helenium, refers to Helen of Troy where the herb was said to have sprouted from where her tears fell.

Quitting smoking can be difficult; the statistics show it takes most smokers several tries before they can stop for good.

Although herbs are not chemical medicines, they may still interact with pharmaceutical medication. If you are eager to try herbal medicine to help you quit smoking, consult a qualified medical herbalist and get the very best start to the New Year. 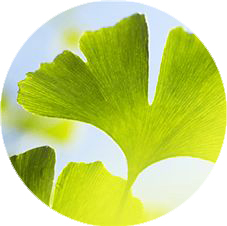