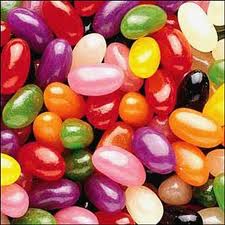 A Spoon Full of Sugar

Over the past three decades, the rate of obesity in New Zealand has almost doubled.  We’re the third fattest nation in the developed world and the rising number of people who weigh more than 150kg has even seen the St John Emergency Service forced to kit out New Zealand’s first ambulance for the severely obese.

Being excessively overweight puts you at risk of a number of serious chronic diseases including heart disease, stroke and type-2 diabetes.

This form of diabetes, also known as “maturity onset diabetes” or “non insulin independent diabetes”, occurs when your body doesn’t produce enough insulin or when the cells in your body do not recognise the insulin in the body.

Luckily, this condition, although not curable, can be managed successfully with lifestyle changes such as weight loss, exercise and a healthy diet.

Finding an alternative to sugar as a sweetener is the first goal for most people diagnosed with type-2 diabetes.  Artificial sweeteners are the first point of call but, for people who don’t want a synthetic version of sugar, there is a natural alternative which is 300 times as sweet as sucrose.

Stevia is a plant belonging to the daisy family and originally from South America.  Its active ingredient, stevioside, contains zero calories.  Along with the intense sweetness, stevia has a negligible effect on blood sugar levels.  This means that you get all the sweetness without the adverse effects.

Another easy way to regulate blood sugar levels is with the mineral chromium.  Its name comes from the Greek chroma meaning colour as it gives many stones their colour, such as the redness in ruby and the green of emeralds.

Chromium is an essential component of a compound in the body called the Glucose Tolerance Factor.  This compound controls the metabolism of carbohydrates and fats into energy.  It is also involved in regulating the actions of insulin in maintaining blood sugar levels and, possibly, in helping to control appetite.

Chromium naturally occurs in foods such as wheat germ, egg yolks, peanuts, black pepper and mushrooms.  Chromium supplements are popular but tend to be poorly absorbed so make sure they are combined with another, more efficiently absorbed compound such as vitamin B3.

As with any chronic disease, sufferers require advice on lifestyle, medication and nutrition to ensure successful management of the condition.  Knowledge is power and there are choices; just be sure to invest wisely in your health with your own personal goals in mind.